It’s not every day that a Friends Council peer network or workshop begins with a speaker declaring  that they are going to “skewer the sacred cows” known as the Quaker testimonies.

And yet that is exactly what happened during this year’s Friends Environmental Educators Network (FEEN)  and Student Environmental and Sustainability Network (SEASN)  gathering in April.

Jay O’Hara, a Friend and Co-Founder of the Climate Disobedience Center, was the speaker who took the swipe at the testimonies and he had his reasons why.

As a Friend, and an activist,  O’Hara found himself looking back at Quaker history and asking the question, “what gave early Quakers their revolutionary spirit?” His readings and explorations led him to conclude that in their own uncertain time, lacking reliable markers from the past, early Quakers found spiritual revelation – “a power, voice, spirit, that they identified with God and they discovered if they could listen to the voice it actually instructed them every step of the way.”

Today, it is O’Hara’s view that the Quaker testimonies have moved us away from the revolutionary spiritual power of early Friends. “Those things proceed from outward notion rather than from inward upwelling…. I do not think humans are motivated by values – attempting to conform to abstract values doesn’t get us very far….Early Friends did experience a sense of values arising, and testimonies, but they arose not from abstract notion but from inward sense of conviction.”

At the heart of O’Hara’s presentation was a graphic depicting the spectrum of options for ways to take action and create change. On the far right was “forcing” and on the far left was “asking.” Forcing involves threat, domination and oppression, and those things, for Quakers, are not an option, explained O’Hara. Asking involves things like advocacy, protesting, lobbying and educating, which one can do, and yet in moral situations, says O’Hara, that can be insufficient. “Early Friends struggled to figure out alternatives to these two things,” said O’Hara “Friends found a third way in the middle – doing – that consists of non-violence and direct action.  Through this third way, we take agency and do not replicate patterns of dominance and oppression.”

Doing this kind of work requires both an outward and inward work, says O’Hara.

The inward piece means ridding oneself of problematic patterns of dominance, he says.  “One has to be transformed before one can change the world…I am convinced this can’t be done on the basis of abstract principles. We need to dig deep inside, to find that authentic voice…”

To illustrate his point O’Hara shared the example of the work the Climate Disobedience Center is doing to address the last coal fired power plant in New England,  located in Bow, New Hampshire. While traditional advocacy groups are doing traditional advocacy, community groups are trying front line efforts and politicians are taking the political route, Climate Disobedience Center  is taking  the approach of disclosing what was happening at Bow.

The Climate Disobedience Center (CDC) organized people with 5 gallon buckets to walk into a coal plant and take the coal away so they can’t burn it. “We were never going to be able to remove it. We were able to set up and impress on people’s minds – what needs to be done to meet the moment of scale of urgency, and show the power of conviction to change,” says O’hara.   “We helped disclose the way the state is prepared to defend (the coal with) state troopers in riot gear etc.  This didn’t solve the problem or shut down the plant immediately. It did change some things. It showed there are people willing to take risks. We showed the community what it takes to act with conviction and courage. And, possibly, we showed policy makers what it means to act with courage.  We showed how intractable the system is.”

Following O’Hara’s presentation, FEEN educators moved into breakout groups to share reflections on these thought provoking questions:
1.     What can you do to liberate students’ inward guides for climate action?  2.     What blocks within yourself or within your institution would you need to get out of the way to do this?
3.     What sacred cows can you identify that need, if not killing, at least tipping over for that liberation to happen?

Returning to the large group, each person reflected on the question “How has this past year influenced your vision for the kind of world you want to inhabit or changed the way you think and talk about the future? What do you feel called to do?”

Student leaders from SEASN shared about their efforts in their respective Friends schools. SEASN is open to all, faculty and students, and meets once every three weeks with a lot of coordination happening on the SLACK app. Corey Becker (Friends Select School, Class of 2022) shared that SEASN aims to bring together students, faculty, and administrators in Friends schools to maximize their collective impact. Under consideration is a collective climate agreement for Quaker Schools. Elson Bankoff, a student leader from Sidwell Friends School, shared excitement about the network and about SEASN activists contributing to the  youth-led multimedia environmental publication underway at Sidwell. Youth-press and storytelling is a great way to make change, says Elson.

Many thanks to Corey Booker for his leadership of SEASN and to this year’s FEEN 2021 organizers from Friends’ Central School, including Kat Clayton, Monty Ogden, Anna Schall and Tiffany Borch. 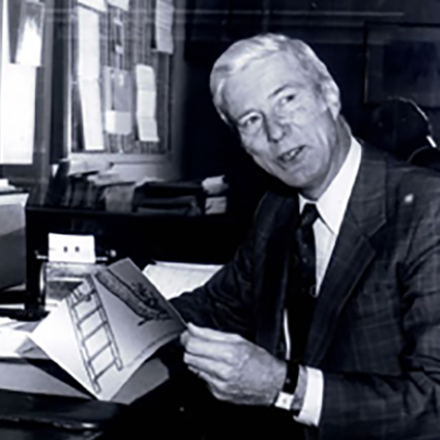 TIMELINE: Friends Council 90th Anniversary Celebration: The road we are traveling
The Work of Seeking Racial Justice: Interrupting Racism
Sustainability and Activism in the time of COVID and ZOOM
Four Friends School Heads of Color - Panel Discussion
Powered by Finalsite